Welcome to another new blog here we will show you the blog of Uganda and tell you what pros and cons I have there and what the people are like there the weather and more. So let’s begin.

First I started the journey from South Sudan and after planting a small tree there, I checked the Cycle and left for Uganda. Some of my Indian friends help me. Then I got out and crossed a bridge after about 15 km after a check post from there I couldn’t go any more on the Cycle and said that in South Sudan the cameras were not allowed so I sneaked some video. Seeing that I was not going to be cycled again I sat down a little before the check post and I called my friend Rocky who then took me from there by car.

Finally, I entered Uganda, the first thing I did after entering was to get a sim card; the people in this country are as calm as before. Then after entering the country, we eat some food, then we spend the night there and go out the next day for something new.

Then I left the city of Kampala in the morning to visit the Swami Narayan Temple under construction. Ride a Cycle with the kids. After that, I went to the Indian Association, had a lot of fun with them, planted some trees with them, and spent a lot of time with them and had food with them.

Then I left for the next destination, a farmer presented me with ghee and milk powder and from there I left for Barara. Then after a while, I get hungry and I eat food. Then on the way to Barara, someone wanted to give me pineapple but I didn’t take it instead I gave him some money. After some time I reached the town of Barara and I took refuge in a temple and took a bath there.

Then I left for the next destination, having breakfast at the house of an Indian acquaintance. After a while, I see Indian buy chips and then after a while, I have a coffee. After some distance from there, I found a fruit shop where I ate watermelon and started cycling again. Then I went to an Indian camp where I rested and bathed.

I left the next day for the next destination with some food. After walking for a while I reached a hotel, had coffee there, and after eating I rented a room and decided to rest for a while. And the next day morning I left there and went to the next destination. After a while I got hungry, I warmed Maggi and rested for a while. Then I started cycling again and after some distance, I reached a town and there I rented a room in a hotel and took a bath there and spent the night.

Next destination for Uganda

After meeting my Indian friends I left for the next destination and got my Cycle ready. After going for a while, I realized that CCTV cameras are installed on the road, and radars are installed for overspeeding so that no one does overspeeding. Then I cycled towards Bobi town. Then I saw many villages as I went along the road. Then after 60 km, I rest for some time then again I start cycling I decide to stay in a hotel after 80 km.

The next morning I went out to the next destination then I cycled a lot and after a while, I decided to take a rest. I had some dry foots given to me and I rested for a while after eating them. Then after cycling for a while I entered a town called kalungu. Then I reached Masaka town. Some of the boys in this town are very famous on YouTube and Facebook because they dance very well. So I’ve checked into a hotel in town and I’ll stay there today to take a shower and clean some clothes.

The next day I went to someone’s house and there in the car an Indian guy went to a factory after the car saw Lenson Mandela Stadium and got out and had some food in the car then left to visit a temple early in the morning with oil at the pump. The next day I had breakfast and left for the next destination. 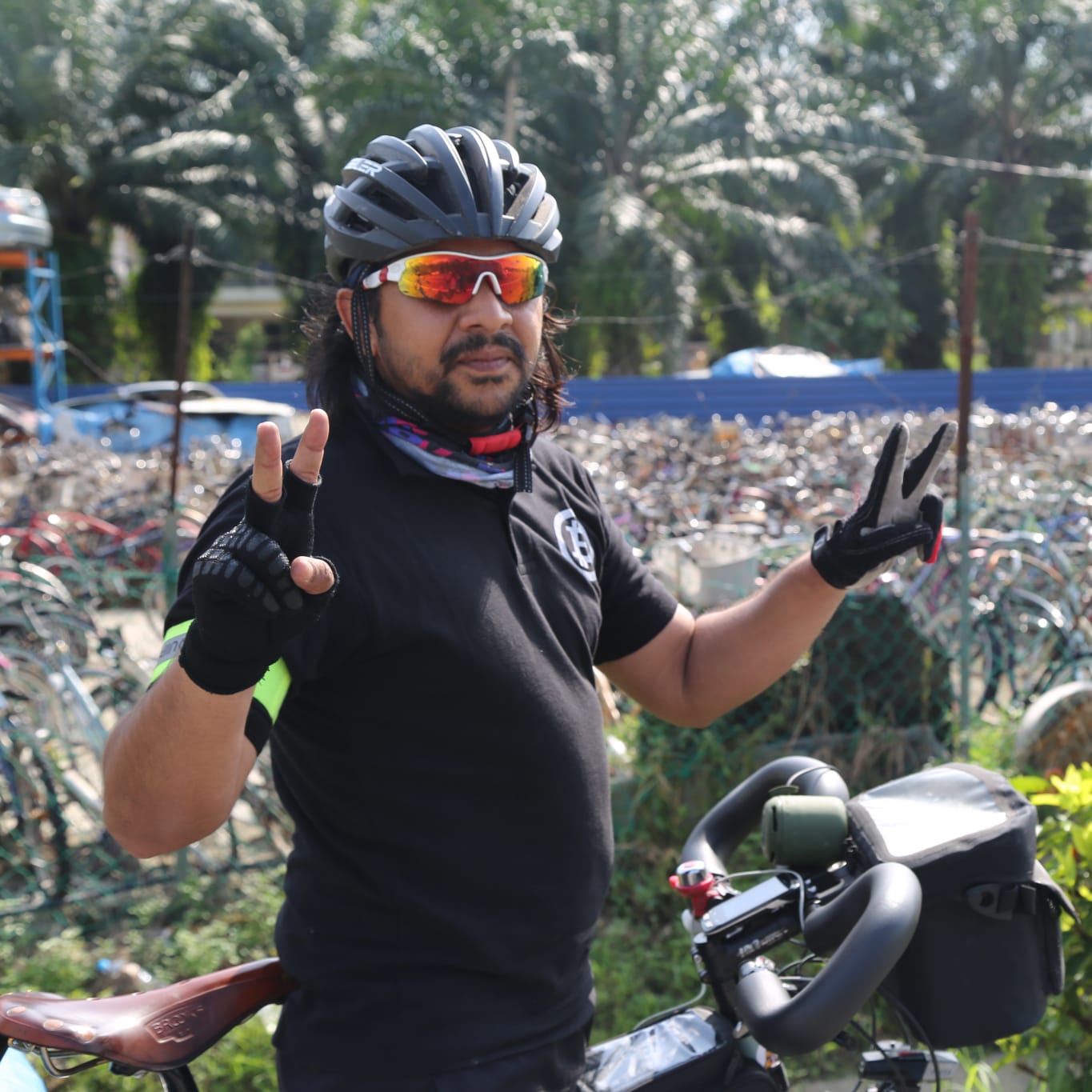 Hello great peoples, I am Dr. Raj Phanden also known as your Cycle Baba. I belong to Bhuna, a very small village of Fatehabad District. If you talk about my qualifications, then I am an Ayurvedic doctor with practice of almost 10 years in Haryana. People mainly know me for my social media presence as a Traveler, Hindi Vlogger and an Environmentalist.